Contents
1. Different Standards for Different Regions
2. What If the Pregnant Employee Is Not Paying Health Insurance?
3. What Happens When There is a Miscarriage or an Involuntary Abortion?
4. What Happens If they’re Twins?
5. What Happens During Breastfeeding?
6. Prenatal Check-up Leaves
7. Pre-Delivery Leave
8. Lactation Leave
9. How is the Allowance Calculated?
10. Paternity Leave
11. Termination During Pregnancy and Maternity Leave
12. Marriage Leave
13. Conclusion

According to recent ILO reports, over 120 countries in the world have approved paid maternity leave and health benefits by law, including the most industrialized nations. Ironically, the list does not include highly developed nations such as Australia, New Zealand and the United States due to their policies on maximizing employment availability at the cost of employment stability.

Over the past decade, as we have often commented in our articles, China has successfully and slowly created a comprehensive social protection system for its population of 1.3 billion.

Why do we mention this? Because maternity leave is part of these growing contributory and non-contributory plans!

China has also made great progress regarding creating a better system for maternity protection. The Regulation on Labour Protection of Women Workers which was amended and adopted in late 2012 was a huge advancement towards international maternity standards. This new law extended maternity leave to 98 days, which meant that the country was able to meet the requirement of the ILO’s Maternity Protection Convention written in 2000 (No.183).

There are several intricacies concerning maternity leave that we will cover in this article, including;

We then conclude with a quick note on marriage leave, an important aspect of Chinese labor culture.

The national legislation previously mentioned allows for a minimum of 98 days, but additional conditions and leaves are given depending on situations surrounding birth and pregnancy and the region the employees are residents of.

As a consequence of the revision of the Law on Population and Family Planning which came into force in 2016, all female employees who give birth are entitled to anywhere from one to three months of additional maternity leave (to the nationwide 98 days). These additional days depend completely on regional regulations.

In the Hainan and Henan provinces, maternity leave has been increased to 190 days, in the Heilongjiang and Gansu provinces have essentially increased their periods to 180 days of leave. In Beijing, Shanghai and some other provincial regions, women employees are now allowed to have 128 days off after having given birth.

Different regions also have different additional rules regarding situations during and after pregnancy. In Beijing, Shanghai, and Suzhou in the Jiangsu province, difficult childbirth is allotted 15 days, whereas this phenomenon is given 7 days in Hangzhou in the Zhejiang province and up to 30 days in the Guangdong province.

Late childbirth also adds anywhere from 7 to 30 days to the leave period depending on the region, and miscarriages and involuntary abortions can be given a leave of up to 75 days in some regions.

Paternity leave can also vary depending on where you reside in China. The bottom line for you in this is: be careful to check up on regional legislation to know exactly what the exact timeframe of the maternity and paternity leaves is, as well as additional extensions due to specific circumstances.

What If the Pregnant Employee Is Not Paying Health Insurance?

Employers should always be paying maternity insurance for their female employees, but sometimes this regulation is disobeyed.

Well, they have to pay the employees maternity leave anyway. The only difference is that the allowance is calculated with the employees last 12 months of salary and not with the insurance policy data.

The social security bureau is strict about these calculations and the employee can go to them at any time to check if their employer is doing the math correctly.

What Happens When There is a Miscarriage or an Involuntary Abortion?

Women who suffer a miscarriage or involuntary abortion are given no less than 15 days, but depending on when their pregnancy ended and the region they are in, this can go up to 75 days.

What Happens If they’re Twins?

What Happens During Breastfeeding?

According to the ILO and the WHO (World Health Organization), breastfeeding has a great many health benefits for babies and mothers. Breastfeeding can reduce the risks of many negative health conditions, such as sudden infant death syndrome, asthma, diabetes, and obesity, and it enhances an infant’s cognitive development and neurodevelopment.

In 2003, and in recognition of all the pros of breastfeeding, the World Health Organization (WHO) and the United Nations Children’s Fund (UNICEF) recommend “exclusive breastfeeding for the first six months of life, followed by continued breastfeeding with complementary foods throughout the rest of the first year and beyond”.

Breastfeeding leave is considered an international labor law standard and is respected in China. A female employee is given at least one hour each day during work hours for breastfeeding during a breastfeeding period that lasts one year counted from the date of birth. This is usually taken as two 30-minute breaks each workday, but the mother can choose to combine the two breaks into a one-hour long break. Feeding time is counted as working time. If the mother had multiple births, one hour of feeding time is added for additional newborns.

Many companies in China usually tell employees to work a full eight-hour day, and then add those hours to the employees’ vacation time.

The female employee has the right to paid leave during these check-ups, which are usually at the end of the workday or at the very beginning. All the check-ups are written into the “pregnancy handbook” provided by a regional Community Health Service Center.

Pregnant mothers who are still working after the seventh month of pregnancy must be given a daily one-hour break. Additionally, the mother may have 2 and a ½ months of pre-delivery leave if she asks the employer for it and the employer approves the request.

After delivering the baby, mothers who are experiencing difficulty with nursing can apply for lactation leave. If business needs allow and the employer approves the leave, the employee can receive lactation leave of up to 6 and a half months.

How is the Allowance Calculated?

Female employees receive a maternity allowance during their maternity leave. This allowance is calculated from their insurance policy, which is based on their salary.

The most common allowance mechanism in China is operated through insurance. In this case, the female employee is paid by the Social Security Bureau. Every region has its own bureau offices. The Social Security Bureau office calculate the allowance from the employee’s monthly salary and the average monthly salary of all employees over the last 12 months.

According to Chinese law, the office will pay whichever amount is higher (all employees or the one employee’s average), this cannot exceed more than three times the average salary in the Bureau’s jurisdiction (region).

These calculations can get more complex in some regions of China. For example, in Beijing and Shanghai, any allowance that is above three times the regional average has to be paid by the employer.

The amount of time given for paternity leave varies greatly on the region the male employee is registered in and the conditions surrounding the birth, such as complications and or the mother’s age.

Termination During Pregnancy and Maternity Leave

As many of our readers might remember from our article on termination and severance pay in China, terminating a pregnant employee during their pregnancy, maternity leave, or breastfeeding period (a year counted from the date of birth), is not allowed.

Terminating a female employee in these circumstances will not only lose you a labor dispute case but will also bring hefty sanctions and fines to the company.

Additionally, if a female employee gets pregnant and they have signed a fixed-term contract, and the contract is due to end during the pregnancy, it has to be extended until the end of the breastfeeding period.

It doesn’t matter how many extensions that implies. The bottom line: make sure an employee is not pregnant before you terminate their contract!

Marriage is an extremely important cultural moment in China. As such, in the country newly wed employees have the right to marriage leave.

The extension of this leave depends on the region the employees work in. Every region in China allows for at least three days of marriage leave; other regions extend this leave to 7, 15, or even 30 days (Gansu and Shanxi which are by far the most generous regions).

This leave is subject to a formality: the marriage must be registered in the office of the regional authorities appointed for this function.

This article is a publication of New Horizons Global Partners. The purpose of this article is to inform our clients or readers of a changing legal landscape. It is not intended, nor should it be used, as a substitute for specific legal advice or professional legal counsel.

How to Return to Work Safely — Employers’ Guide
China 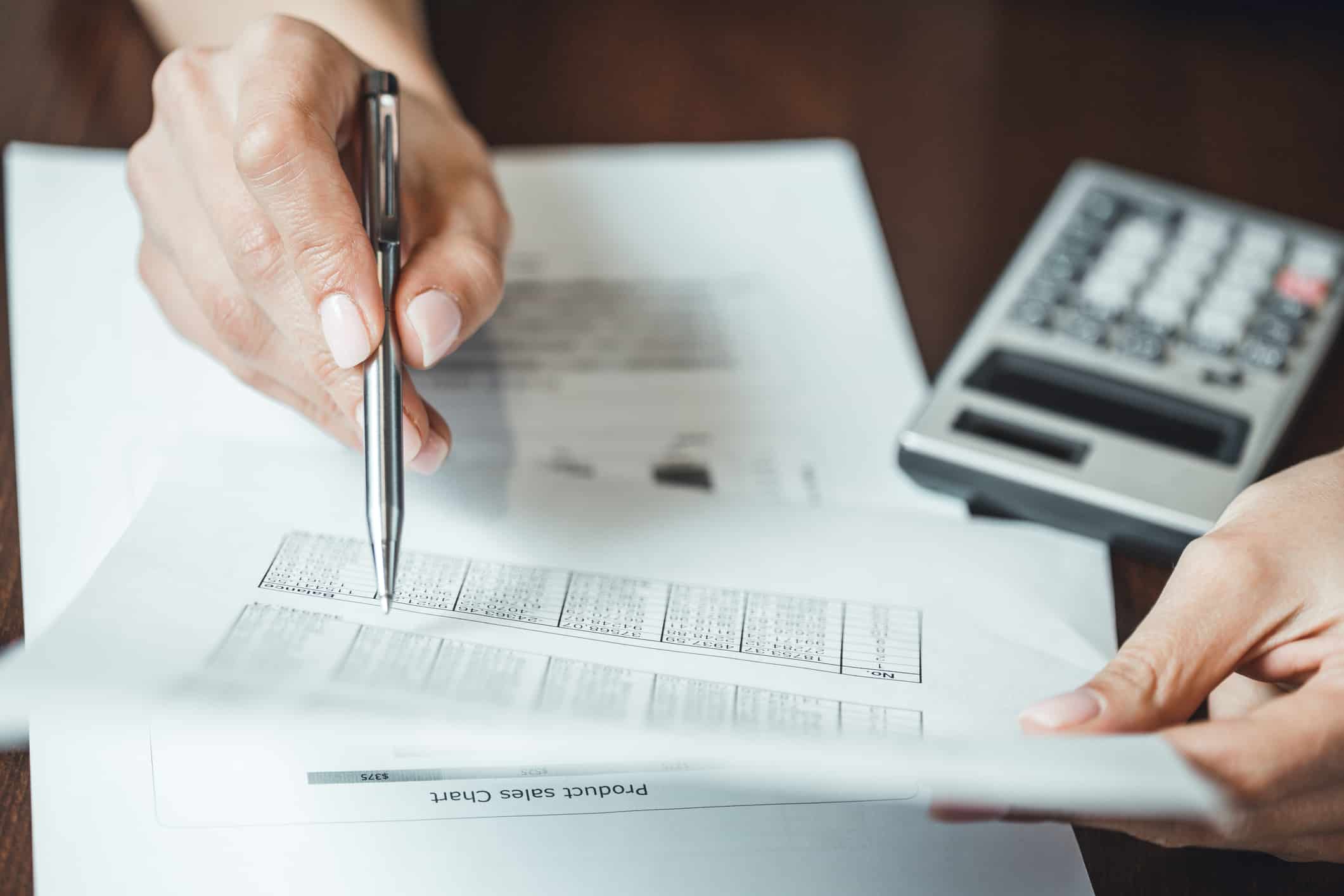 How to Structure a Salary Package in China
China