Doing Business in Japan: How to Meet the Challenges

Japan represents the fourth largest buyer of American products, positioning it as an important strategic trade partner. American companies and companies around the world should not minimize the importance of the Japanese market since it is such an influential one. Japan is responsible for investing roughly $50 billion into the economy, making it the largest foreign direct investor of the U.S.

The alliance with this nation is predicated on preserving and promoting political and economic freedoms, protecting the financial stability of the countries’ residents and stabilizing the Asia-Pacific region. The country has also experienced steady and positive growth. Today, expanding and doing business in Japan is one of the most prosperous and stable countries in the world to do so.

Japan is also part of the Trans-Pacific Partnership, whose countries are collectively responsible for producing 40% of the world’s GDP. This participation influenced the nation to adopt economic reforms and to increase strategic and economic advantages through free economic zones.

Following the United States and China, Japan is the world’s third-largest economy, an impressive feat considering its relatively small size in comparison to much larger industrialized nations around the world.

Due to recent reforms that stimulated the economy, focused on growth and loosened government regulation, Japan represents tremendous opportunities for all types of foreign investors. With an extremely low unemployment rate, the Japanese workforce is ready and available to help your business reach the next level.

Despite all of the promise, doing business in Japan is not without its challenges.

Below, we discuss how you can take advantage of the many opportunities available in Japan and how to handle some of the unique challenges of starting a business in Japan.

Consider the Opportunities of Doing Business in Japan

Japan is a strategic trade partner. More than $66 billion worth of American goods are exported to Japan each year. The top exported goods, in order, are:

Companies that underestimate the strategic importance of this market may limit their potential with the Japanese as well as with other markets.

Japan is widely considered an innovative nation that is often on the cutting edge of technology. Home to the cd player and karaoke, Japan shows no signs of slowing down its technological advancements. It has evolved to handle advanced manufacturing, cybersecurity and ecommerce processes in an efficient manner. Companies that want to take advantage of the robust infrastructure and technological advances can establish a presence in the Japanese market.

Another area with an unmet need in terms of business in Japan is providing care for the elderly. Roughly one-quarter of the population in Japan consists of people 65 or older. Meanwhile, the birth rate has drastically decreased. This means that there are many older people in need of care, medical devices, medicines, biotechnology, robotics and other healthcare-related products and services.

Surrounded by multiple seas, the Japanese have learned the importance of being self-reliant and has improved its efficiencies so that Japanese products are often regarded as being of high quality. Companies looking to manufacture in the country are often pleased with the standards for business in Japan.

Many famous trade shows occur in Japan. This can be a useful opportunity to find suppliers and other local connections. Some of these trade shows feature a variety of products, including:

Most trade shows are annual, so be sure you look ahead for the next trade show that applies to your business.

Business in Japan: Learn About the Geographic Regions and Their Individual Characteristics

It is not enough for a business to decide that it wants to do business in Japan. There are many diverse locations throughout the country. Many communities in Japan support small businesses rather than brand names and may make a good fit for your business. Some popular options include:

As the capital of Japan, Tokyo is the epicenter of the country’s financial services district. It is also home to the nation’s major newspapers and many commercial businesses. Efficient transportation is also available here, making it easy for people to commute in and out of the city.

Osaka is a prime location for high-tech startups in Japanese. If you are interested in starting a business in Japan in an area known for technological advancement, this is the location. Many companies involved in services, manufacturing and retail have launched here. With some of the most advanced malls in the world, fashion and technology converge here.

Additionally, clean energy research is being conducted in this city, along with advances in biotechnology.

Another Japanese city to consider for starting a business in Japan is Kyoto. This city is also a technological city with astronomical growth occurring in the IT sector during the last several years. It is a hub for international research and is home to some of the largest video game manufacturers in the world. The city’s fondness for cultural traditions also makes arts and crafts an important aspect of its local economy.

Western business owners conduct business in a much different manner than their Eastern counterparts. The Japanese often have a “work hard, play hard” approach to business. They may often work overtime. Sometimes, a 12-hour workday is the norm. They might go out after work to unwind, but they are still expected to report to work on time the next morning.

Standard office hours in Japan are 9 a.m. to 5 p.m. Monday to Friday, but some are open on the weekends, depending on the business and whether the local government has initiatives for shorter work hours. Some offices may close as early as 3 p.m.

Workers typically avoid confronting other workers and gossip. People may be more reserved than Westerners are accustomed to, but they are often bright and analytical. In social settings, there is less formality and there be greater opportunity to close a deal.

Communication in the business setting may be different than what are used to. The Japanese may speak with greater subtlety. It is also important to be able to understand the body language, which may convey interest or discomfort in a particular subject. Also, the Japanese may be much more soft-spoken than Americans, so be sure that you are listening and modifying your voice to match the audience.

The Japanese may need more time to reach a decision when they are getting to know you or wish to consult with a senior advisor. The Japanese tend to pay attention to detail, so it is important that your communications and interactions are completed in a professional manner.

Japan’s business and personal culture are different than in many other nations, and it may take some time to get used to these differences.

While bowing is a traditional form of greeting in Japan, a slight nod is often adequate to demonstrate respect. Maintaining eye contact throughout a long conversation in Japan can sometimes be perceived as confrontational.

Providing a gift during a business meeting is traditional and encouraged. It is recommended to provide something that all of the staff can share when presenting a gift, such as snacks or office supplies.

It is considered impolite in some businesses, homes and restaurants to wear shoes while in the structure. Look for places outside the structure to leave your shoes to realize this expectation.

One significant difference between American and Japanese etiquette is that it is considered rude to snap a picture of someone without their permission. Some establishments will have a sign with a line through a camera, indicating that snap photography is not permitted.

Because the way the Japanese communicate and approach business deals is different than how Westerners do, it is important to carefully approach business deals in the same manner as domestic company owners would. Remember that the Japanese are more reserved, so you will want to modify your expressions to match your audience. Also, do not take it personally if your audience has a blank face as this is common.

When pitching your business, discuss the benefits that it would bring to the local market. For example, your offerings may help make sales in Japan easier. After you have made your pitch, wait for a response. Do not attempt to fill the silence. This is the time during which the audience will be considering what you have said and seeing how your statements match their values.

Business deals may not be fast-paced in Japan. Contemplation may be necessary. You may not even know whether the deal has been made on the same day you made the offer. You may be asked to meet with other people involved in the business before a final decision is made. Try to be patient as you work through this process.

Connecting in and out of Japan

While you are in Japan, you may have limited mobile service. Only newer 2G phones can work in the country. There is not a GSM network. Roaming will be very expensive. A singular cell phone network is not available in Japan. Instead, each carrier operates its own individual network. Find out where you will be traveling and what network covers your area before purchasing a SIM. You can opt to rent a phone and SIM if you would like.

When making calls outside Japan and from the United States, you will dial 011 and then Japan’s country code, 81. Then, dial the area code and phone number. Area codes vary by city.

Free Wifi is available in most public places, including airports, hotels and cafes. However, some hotels do charge for this service. You might be required to purchase a limited pass to access the internet in some places.

Japan’s monetary unit is Yen, which is often abbreviated JPY. The U.S. dollar is not typically accepted here. Many merchants only accept cash in Japan. If you purchase food or souvenirs from a street vendor, plan on paying cash. Banks readily exchange cash in Japan.

If you plan on making trips to Japan or starting a business in Japan, it is important that you are aware of the many holidays in Japan. Often, offices are closed on these holidays or workers are paid more if they are required to work them. The main holidays in Japan include:

Contact Horizons today if you would like to learn more about international expansion and doing business in Japan.

Drew joined the Horizons team as a Senior Regulatory Specialist in 2020. He holds a Ph.D. from the University of Sydney, several legal and public policy qualifications, and has been admitted to the Bar in New Zealand. For the past seven years, he has been a trusted advisor to c-suite executives and government ministers on international compliance and regulatory issues. Drew’s passion is accelerating global business growth, while ticking all the legal and compliance boxes. Dr Drew Donnelly - Linkedin Author Bio
In this Guide
Consider the Opportunities of Doing Business in Japan
Business in Japan: Learn About the Geographic Regions and Their Individual Characteristics
Understanding Business Culture in Japan
Understanding Etiquette For Doing Business in Japan
Negotiating Business Deals in Japan
Connecting in and out of Japan
Paying for Things
Japanese Holidays 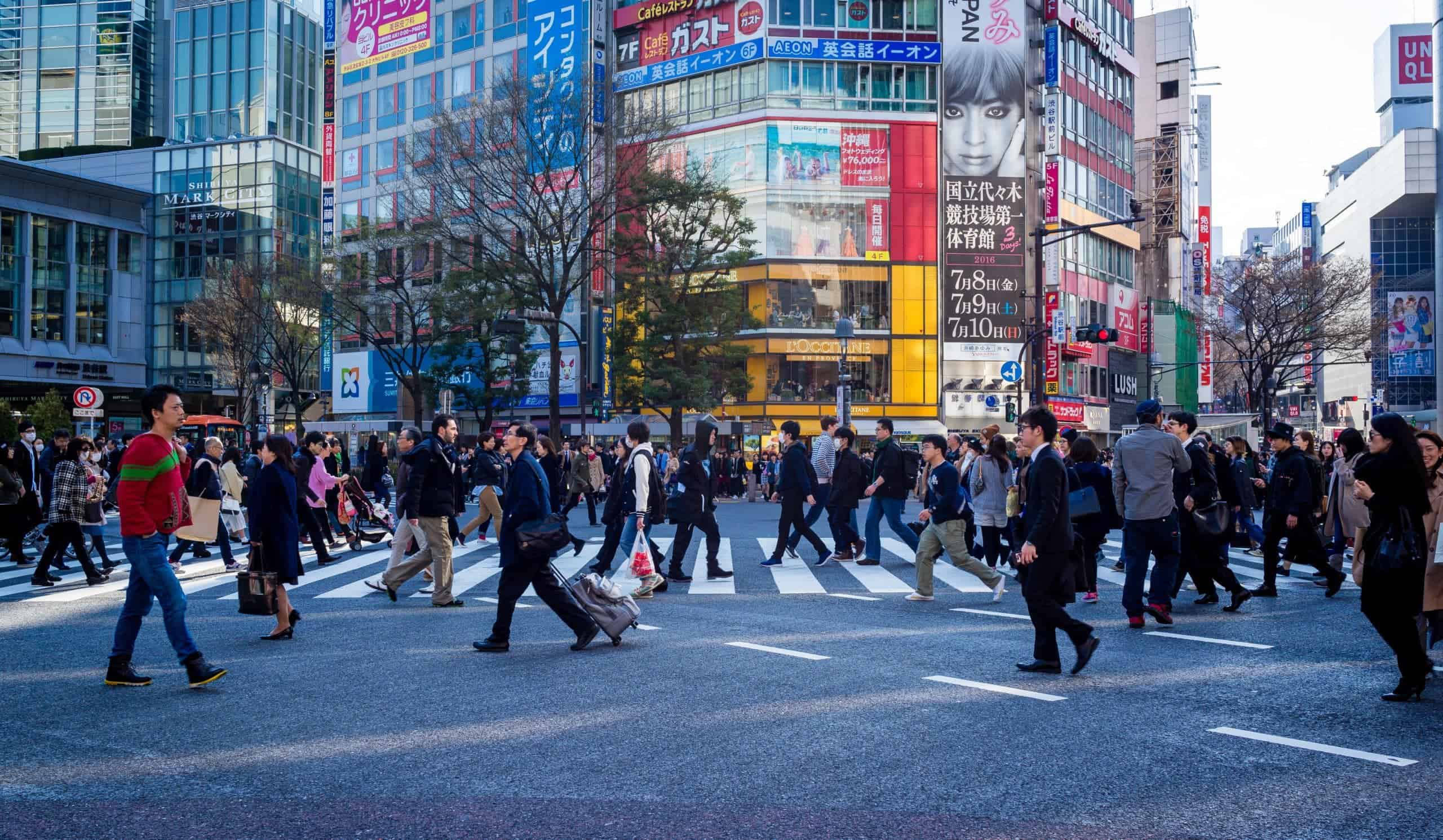