Hire Staff in Myanmar without Establishing a Local Entity.

Hire local employees through New Horizons and enter new markets within days, not weeks or months.​

Add new employees to grow your operations or simply terminate existing one, easy and compliantly.

Compliant employment setup and contracts as per Myanmar Labor Laws and best practices. 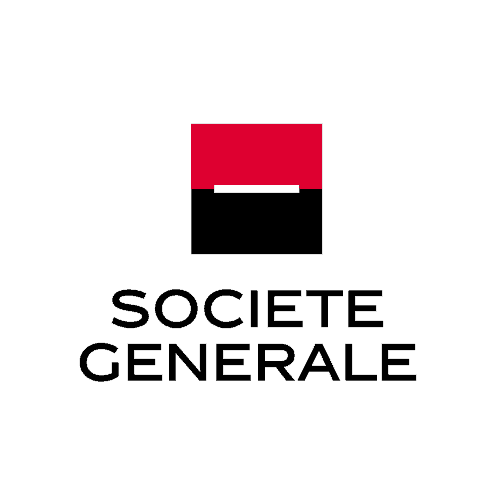 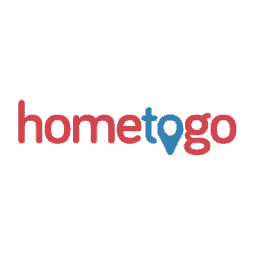 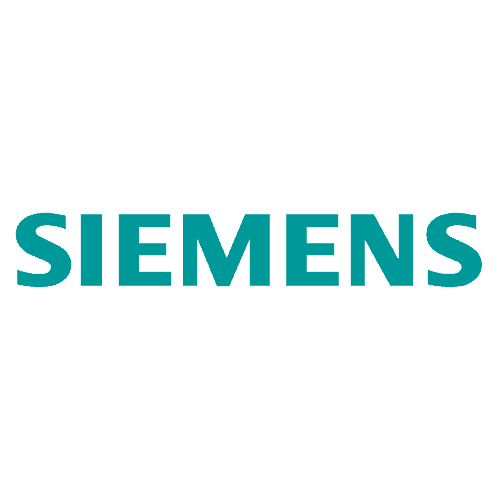 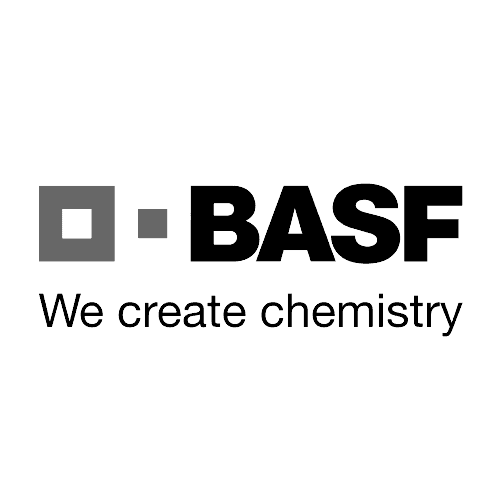 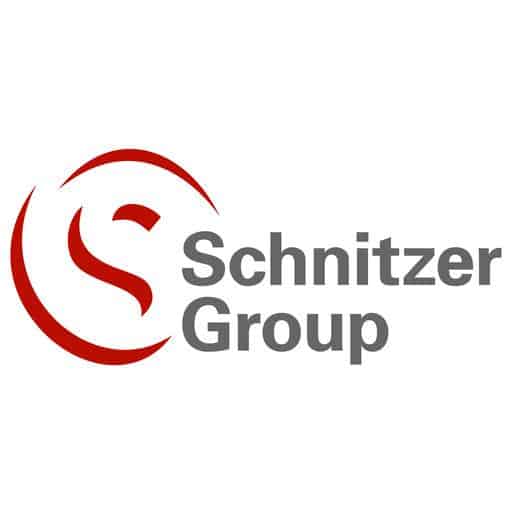 Strategically situated between India and China, Myanmar is in the perfect location to access a large and competitive market. With abundant access to land and resources, it makes an ideal location to invest in. It has an estimated real GDP growth rate of 7.1% a year until 2023. Additionally, there are regional government incentives being offered to further stimulate foreign investment.

While many investors realize the tremendous opportunity of Myanmar, some are hesitant to take full advantage of these opportunities due to the complex regulatory framework in this nation. Working with a PEO can ensure that you are able to hire staff in a compliant manner without having to worry about all of the tedious, administrative aspects of expanding a business to Myanmar. New Horizons can take care of the following:

Employment contracts in Myanmar must be in writing and in Burmese. Employment contracts can have a set duration or an indefinite term. The Myanmar government requires these contracts to follow a specified format and include a fixed-term clause in them. Additionally, the contract should include provisions regarding the following:

Employers who do not follow Myanmar’s compensation laws can be subject to fines or delays when incorporating their business.

When you work with New Horizons, you will have access to our employment contracts that have been tailored to Myanmar law and are compliant with local and national labor regulations.

Employees in Myanmar typically work 8 hours per day or 44 hours per week. Rest periods are unpaid. Work schedules must be established so that they provide a rest period of at least 30 minutes after 5 hours of work. A typical workday should not exceed 10 hours, including all rest periods.

Overtime pay is provided for workers who work more than eight hours per day or 44 hours per week. Overtime is paid at double the normal rate of pay. Workers in shops and establishments should not be given more than 16 hours of overtime work per week and should not work after midnight.

Employment contracts should contain a clearly defined salary in them. Myanmar’s minimum wage is 4,800 MMK/day, up significantly from 3,600 MMK/day in 2018. Employers are required to pay their daily or part-time workers via check, bank transfer or cash in accordance with a fixed-wage period. Permanent employees and other monthly earners must be paid monthly at the end of their payment cycle.

It is important to understand that foreign companies cannot hire employees directly or pay compensation or benefits until they set up a subsidiary or other legal entity in the country. However, taking this step often involves considerable investment and a significant amount of time. This process also involves learning about various laws pertaining to compensation and employment regulations.

An alternative option is to outsource your compensation and benefits services to a PEO such as New Horizons. This option allows you to start your Myanmar project more quickly without having to jump through all the hoops associated with incorporating a business in this nation. We handle all compliance matters for you, ensuring that you meet all necessary requirements.

Public holidays that fall on a rest day or other holiday cannot be taken on another day. Religious holidays for workers who are not Buddhists can be taken on the days that the employee and employer agree and do not have to be paid.

Workers who work on a public holiday are paid at twice the rate of the normal pay, plus a cost-of-living allowance.

Because many of Myanmar’s holidays surround moon risings or religion, they may vary from one year to the next. The government publicly announces the holiday dates ahead of time. A leave of 10 days is provided to workers to celebrate Myanmar New Year.

Employees who have worked for the same employer for one or more years are entitled to annual leave of 10 days that is paid by the employer. Employees accrue casual leave throughout the year. Employers pay the base salary for six days of casual leave every year. Employees can only take three days’ worth of leave at one time.

After completing three years of service with the same employer, employees are entitled to 30 days of religious leave.

Maternity and Paternity Leave in Myanmar

Expectant mothers are eligible for a minimum of 14 weeks of maternity leave, which consists of six weeks before giving birth and eight weeks after the child is born.

Fathers are entitled to 15 days of paid paternity leave.

The employer is responsible for paying for maternity or paternity leave unless the worker contributes to the Social Security Fund.

Myanmar’s Social Security Fund provides benefits due to illness, death, workplace injury, disability, maternity and superannuation. Under this fund, employees can claim a portion of their medical expenses. Employers pay 3% of contributions and employees contribute 2% of their earnings to the fund, subject to certain ceilings.

Myanmar employers are not required to contribute to employee pension funds, but they may as an additional benefit.

Employers are required to provide compensation to their workers who suffer a work-related injury or illness and to maintain adequate coverage to pay for their medical expenses stemming from these incidents.

Employees who have made 180 months’ worth of contributions to the Health and Social Care Fund are entitled to medical treatment at government hospitals.

Employers may provide additional benefits that are not mandatory under the law as an extra incentive to entice workers to work for their company. For example, they may offer medical insurance and allowances to them. Other common benefits include:

In Myanmar, employers may start an employee on a probationary period that lasts for up to three months. Payment during this period must be at least 75% of the base salary. A Township Labor Office must approve the employment contract within one month of the employee starting work.

Employment contracts in Myanmar must include provisions that specifically outline resignation and termination. Employees who want to leave their job must provide at least 30 days’ notice and a sound reason for their departure. Employers who want to terminate employees must do the same.

Additionally, the employer is required to provide severance pay to the employee. Severance pay is equal to a certain number of months’ salary, depending on how long the employee worked for the employer, which ranges from one-half of a month’s salary to 13 months.

While Myanmar represents some interesting opportunities, there are other factors that employers should consider when thinking about expanding their business to this nation. Since 2011, there has been significant change to the political and environmental systems. Military rule continued in this nation until 2011 when important reforms began to be implemented, which allowed foreign companies to do business for the first time in its history. Foreign bank licenses, telecom licenses, the Yangon Stock Exchange and special economic zones have all been issued in the last ten years.

While there is some military unrest in portions of the country, the commercial capital area of Yangon is generally considered safe. Due to the recent changes in Myanmar, much of the market has been untapped by foreign companies. Roughly 65% of the population is under the age of 40, making it a prime market for many businesses.

Using a PEO in Myanmar

Using a PEO in Myanmar such as New Horizons allows you to mitigate risks of doing business here and make your expansion run much more smoothly. Our skilled advisors can help you navigate the logistical and regulatory complexities of expanding into the Myanmar market. You can hire employees before setting up a subsidiary or branch office.

Working with a PEO also allows you to take advantage of the following benefits:

At New Horizons, we are truly committed to becoming your global partner. We are in continuous communication with our clients, offering practical and reliable information and advice. Whether you are seeking to test the market in Myanmar or interested in establishing a subsidiary here, our comprehensive PEO services can provide you with a competitive advantage. You will reduce your stress and give yourself the peace of mind of knowing that you have delegated administrative tasks to local experts with a robust understanding of myriad industries and the local culture.

Myanmar is in a constant state of evolution and our local experts keep a pulse on the changing regulatory framework. We can help you prepare for changes on the horizon and ensure that you are in full compliance at all times. Contact us today to learn more about partnering with New Horizons.

Thank you for getting in touch!

Thanks for your inquiry. One of our consultants will be in touch with you shortly.